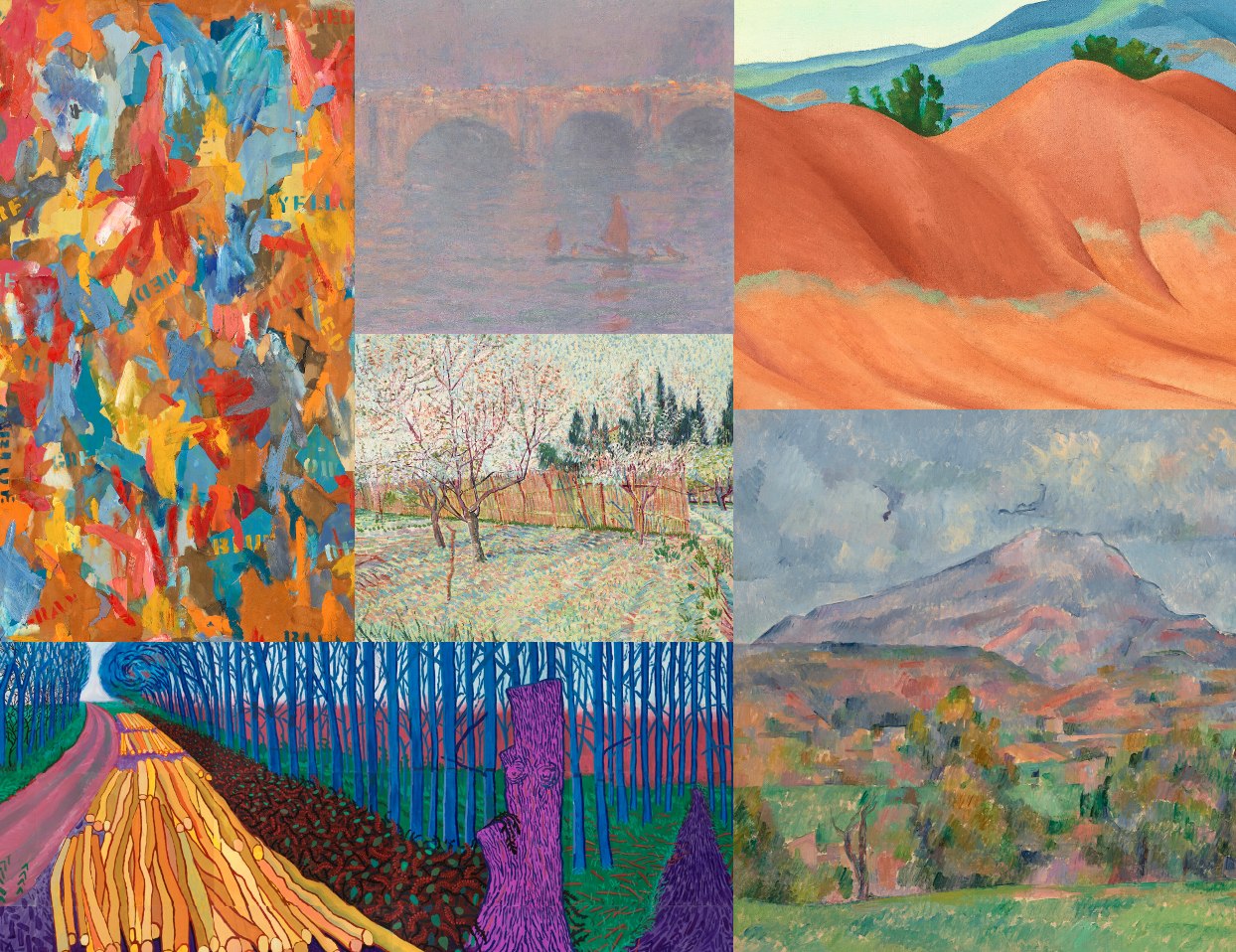 No, that is not a listing for a world-class art museum or gallery. Those names are a small selection of the artists who will headline the Paul Allen collection when it sells at Christie’s this week. The collection dates across centuries and spans the globe with art and sculptures ranging from the 1400s in Florence and 1600s India to Japan in the 2000s. There are few words that can accurately describe this incredible assemblage of art - so let’s illustrate it with numbers instead...

The chase for $1 billion started with the Rockefeller Collection which reached $835 million at Christie’s in 2018. Then, in two sales that were separated by five months, Sotheby’s sold the Macklowe Collection for $922 million.

The Artists to Watch

No artist will have a more significant influence on the final price tag of the historic collection than the French post-impressionist. Cézanne rose from the old masters-dominated teachings of the mid-19th century in Paris and carved out a corner within a modernized illustrative period. The headline piece in the Allen Collection is Cézanne’s premier work, La Montagne Sainte-Victoire, which sold for $38.5 million at Phillips in 2001. While this is the only painting from Cézanne to appear in the auction, it enters with an estimate of at least $120 million which is nearly $20 million more than any other work. If the work reaches its estimate, it would nearly double the all-time auction record (emphasis on auction) for Cézanne which currently stands at $60.5 million and was established in 1999. That work, Rideau, cruchon et compotier, became the fourth most expensive painting ever sold at auction when the hammer dropped at the end of the 20th century.

While the auction record for Cézanne is $60.5 million, his private sale record is more than 4x that number. The final price of the iconic painting from the Paul Allen collection could rely heavily on whether or not this year's FIFA World Cup hosts participate in the auction. In 2012, the royal family of Qatar purchased Cézanne’s Card Players for $250 million which at the time, set a new record for any artwork ever sold. Then, in 2013, the royal family purchased Cézanne’s work La Montagne Sainte-Victoire vue du bosquet du Château Noir for $116 million in a private sale with the Ford family of Detroit’s auto industry. This means that while there are two known sales of Cézanne paintings that exceeded $100 million, they both were purchased privately by the same buyer.

With six different paintings in the auction, Jasper Johns is the most represented artist within the Paul Allen Collection and will have an estimated $75 million worth of art sold. The American painter currently holds the record for the most expensive work by a living artist after his 1954 Flag realized $110 million in a private sale to hedge fund manager and New York Mets owner Steve Cohen in 2010. The artwork from Johns that is poised to strike the highest price is Small False Start which last sold publicly for $4 million at Christie’s in 1989 and now carries a $45 million estimate.

The first high-profile painting to watch will be Les Poseuses by Georges Seurat, which is making its triumphant return to Christie’s after more than 50 years. In 1970, the auction house sold this exact painting for $1.03 million and established a new record for Seurat who has since recorded multiple seven and eight-figure sales. The work, which bounced between private collections throughout the 20th century, was curated by Seurat in 1889, just two years before he died at the early age of 32 years old. The current auction record for Seurat is $32 million and Christie’s sale of Les Poseuses will need to blow that record out of the water if the Paul Allen Collection is to stay on schedule toward its $1 billion goal. The painting has an estimate of $100 million and will be the first work sold that is expected to break into the hundred-million-dollar range. There will be a total of three paintings by Seurat sold at the auction but Les Poseuses is the only one that is expected to attract a multi-million dollar total.

Even a casual follower of the art market might recognize the impressive painting by van Gogh that will change hands this week at Christie’s. The headline work is Verger avec cyprès, which last sold at auction for $15,000 in 1935 but has made numerous public appearances in recent years. The painting has been exhibited at the Metropolitan Museum of Art in New York and the Royal Academy of Arts in London after it was acquired by Paul Allen for an unknown sum in 1998. The painting has an estimated sale price of $100 million which would exceed the previous record for van Gogh, established in 1990, by nearly $20 million. While the van Gogh market is recognized around the world, the acclaimed artist has only recorded three sales above  $50 million since 2015 and currently sits outside the top 15 among all art auction records.

With an estimated $15 million worth of art, Georgia O’Keefe is the most represented female artist within the Paul Allen collection. The work with the highest valuation is her White Rose with Lockspur No.1 which has an anticipated price range of $6 - $8 million and is making its public auction debut. In 1946, O’Keefe gifted the painting to her doctor and the work has remained within private collections through the time it was acquired by Paul Allen in 2013. One piece that is returning to the auction block is her Autumn Leaf II which last sold at Sotheby’s in 2012. The painting entered that auction with a $1.5 - $2.5 million estimate but realized $4.3 million.

The Paul Allen Collection will sell with the highest estimated fair market value of any single-owner art collection in history. At the low-end of the estimate, the experts at Christie's have projected total sales to reach $1,124,552,000 and at the high-end, projections are set at $1,438,771,000. Compared to the Macklowe Collection, which currently holds claim to the all-time valuation record, the low estimate of the Paul Allen Collection ($1.1 billion) is more than 31% higher than what the auction estimate ($855 million) for Macklowe.

The Road to $1 Billion

So when will the Paul Allen collection reach $1 billion in total sales? Based on the low end of the pre-auction estimates, the ten-figure number could be realized on lot #51 - which is Queen Anne’s Lace Near Kilham by David Hockney. If the auction is outpacing estimates though it could come as early as lot #35 and the sale of Lucian Freud’s Large Interior, W11. In any case, the auction is positioned to reach $1 billion during the first session which consists of 61 total lots.

Christie’s will liquidate the Paul Allen collection across two days with 61 paintings and sculptures selling on day one and the remaining 95 works transacting on day two. The difference in total fair market value between the two days is extreme - with the first 61 lots priced at an estimated $1.1 billion while day two yields an estimated value of $59 million. There are no paintings or sculptures with a low estimate above $5 million scheduled to sell on the second day while the first day offers 25 in total. The first session has an average estimated sale price in excess of $17.4 million while the second session averages above $620,000.

There are three paintings that carry a low estimate of at least $100 million and 17 works with a low estimate above $50 million, both of which are the most ever for a single-owner collection at auction. Paintings valued between $1 million and $10 million will dominate the event with 60 different works striking an estimated value within the seven and eight-figure range. There are also 76 different pieces that are expected to sell at or under $1 million which makes up the highest percentage by volume. Out of the top ten paintings by expected value, Jasper Johns is the only living artist and he is joined by Lucian Freud as the only artists from the 20th century. The 19th century is by far the most represented within Allen's collection with seven of the top ten pieces coming from artists who were born in the 1800s. The work Madonna of the Magnificat by Sandro Botticelli is the oldest from the collection and is dated to 1444 and was acquired by Allen in 1999.

In the midst of global economic uncertainty and a challenging period for the fine art market, the Paul Allen collection is set to make history. The array of art should easily exceed $1 billion in total value and will set a new target for future collections as the market continues to appreciate. There are questions that the sale will answer - specifically around the strength of the impressionist market and the depth of the buyer pool for artists like Cézanne and Seurat who will need to register breakout auction sales for the event to reach its full potential. 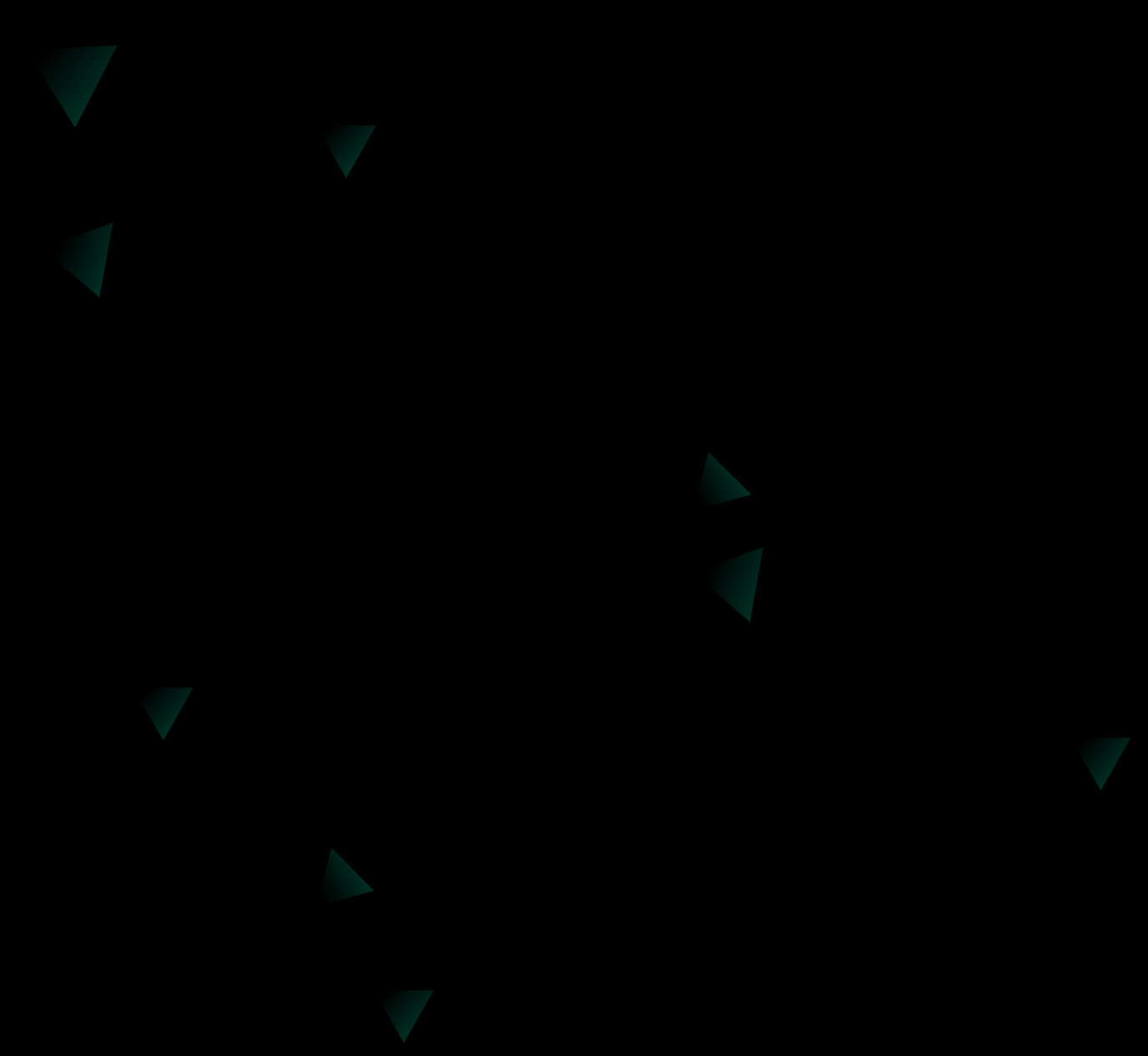 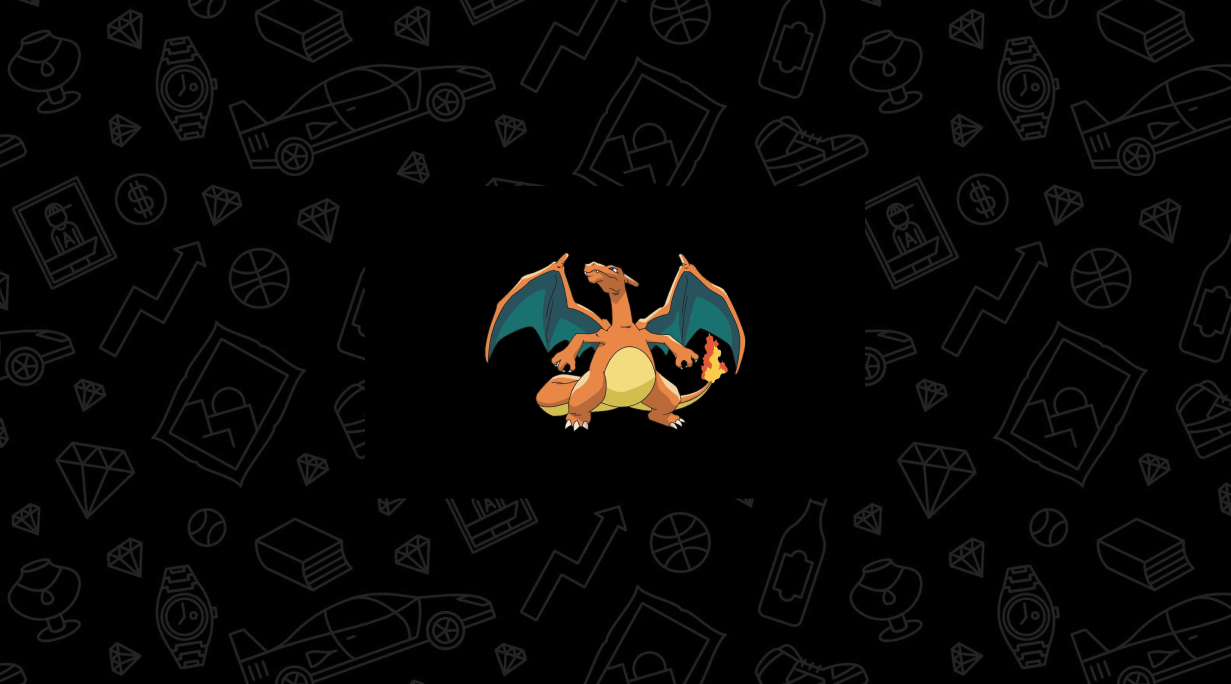 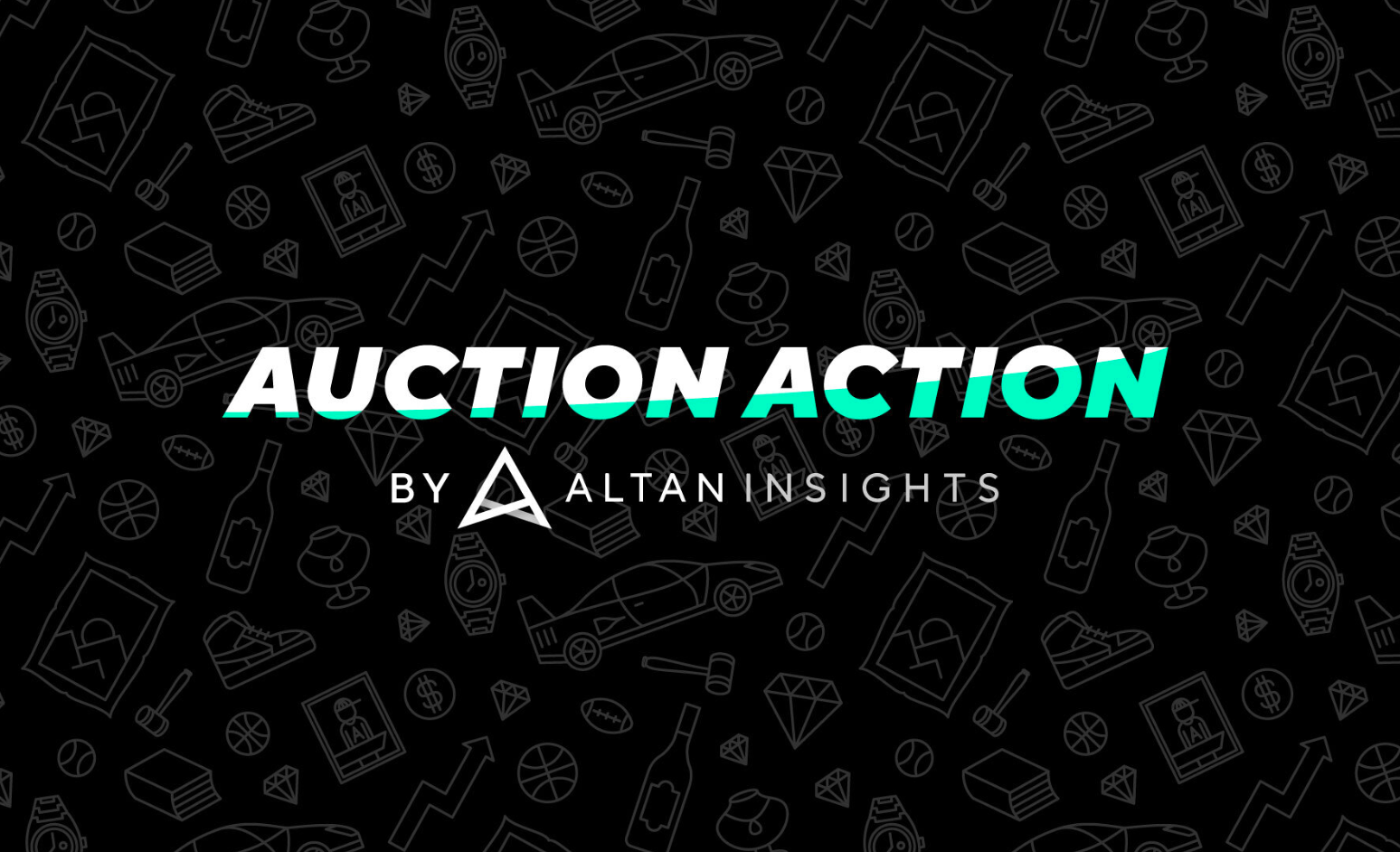